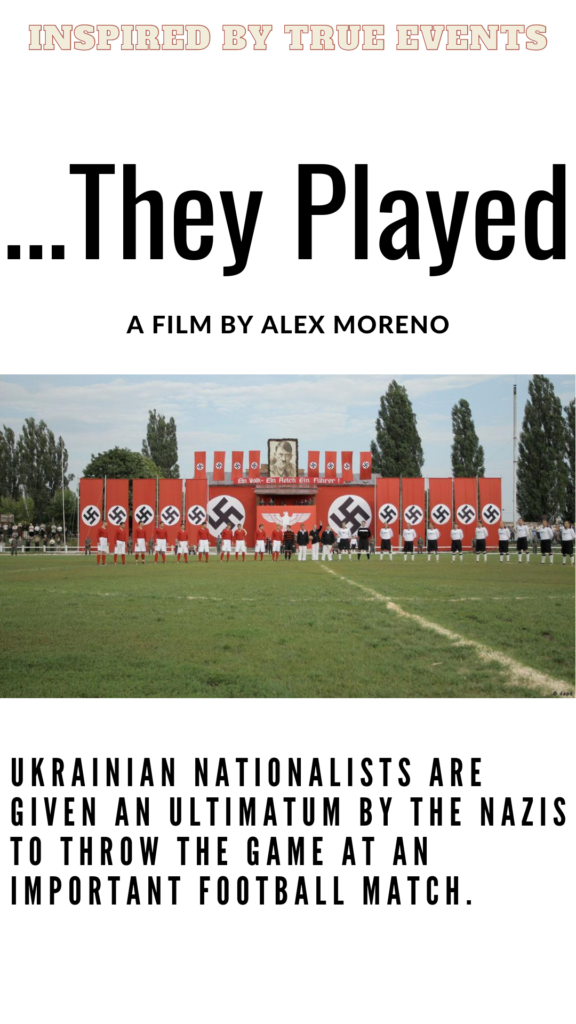 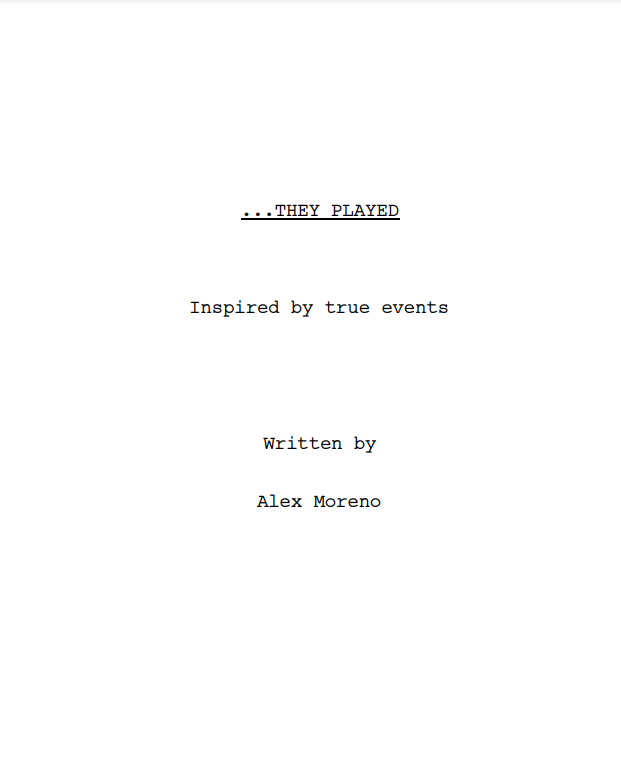 …THEY PLAYED is a character driven  drama set in 1942, which could be made on a modest budget.

Logline: Ukrainian nationalists are given an ultimatum by the Nazis to throw the game at an  important football match… or face certain death.

THEME: Survival against all odds.

ACT ONE: Worn torn Kiev and its citizens are desperate for something to drive their survival. The owner of Bakery 3 realizes ex-professional football players work for him, so he persuades  the charismatic TRUSEVICH to organize a team. After local boy ZAL is not asked to be a  member he sets about to disrupt the team’s progress.

ACT TWO: Zal’s tactics actually fail and bring the team closer together. To appease the locals,  the Nazi’s form a league. At the story’s mid-point, the desperate individuals of Bakery 3 decide  the join the league. Initially the Nazis pay no attention to the results, but when FC Start wins all  their games the Nazis add one more game to the season: a German side. FC Start beat them.

ACT THREE: A “revenge” match is arranged: FC Start Ukrainian nationalist vs the Aryan  German super team. A Nazi official, KOCH, visits FC Start before the game to inform them that  they must acknowledge the German dignitaries in the crowd with the Nazi salute. FC Start players decide not to do so. After a rough start in which Tusevich is almost knocked out, the  players re-group and go in at the half leading 3 to 1. Koch enters the locker room and demands  that they throw the game. The German team cannot be embarrassed or there will be severe  consequences. FC Start argues with each other and ultimately… they played. Final Score: German Flakelf 3- FC Start 5.

Another, jealous coach- Zal’s uncle -reminds Koch how FC Start have allowed Kiev to laugh in  the face of the Nazi regime. On September 19, 1942, one year to the day that Kiev fell to  Germany, Koch has all the FC Start players, including Zal, arrested and sent to the death camp  Siretz.

…THEY PLAYED is a fatalistic story of misplaced revenge, human deficiency and individual  flaws. But it’s also a tale to remind us all that even in the darkest of times, sport can promote  friendship and human decency to bring hope even in the worst of times.