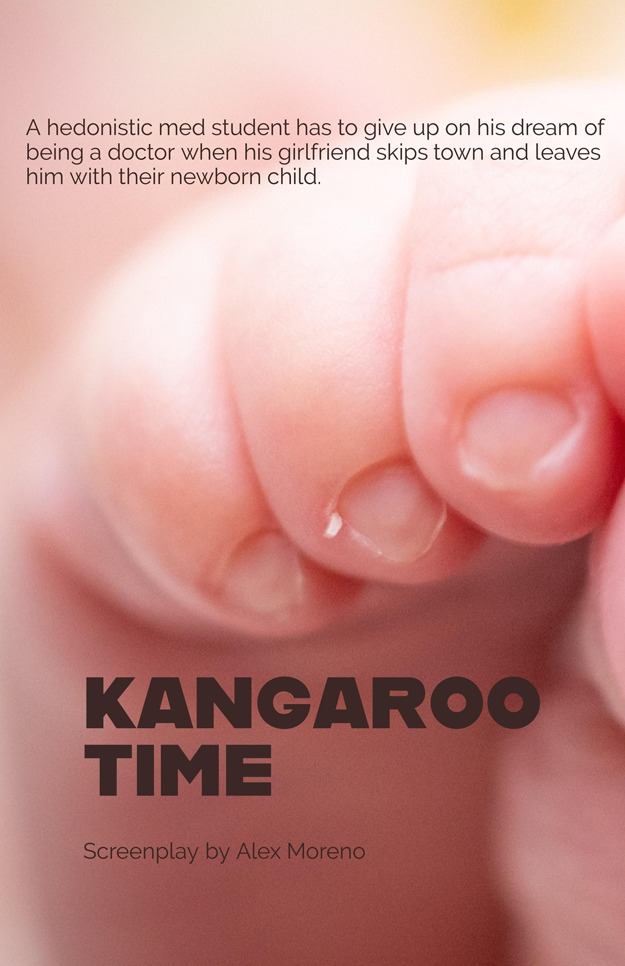 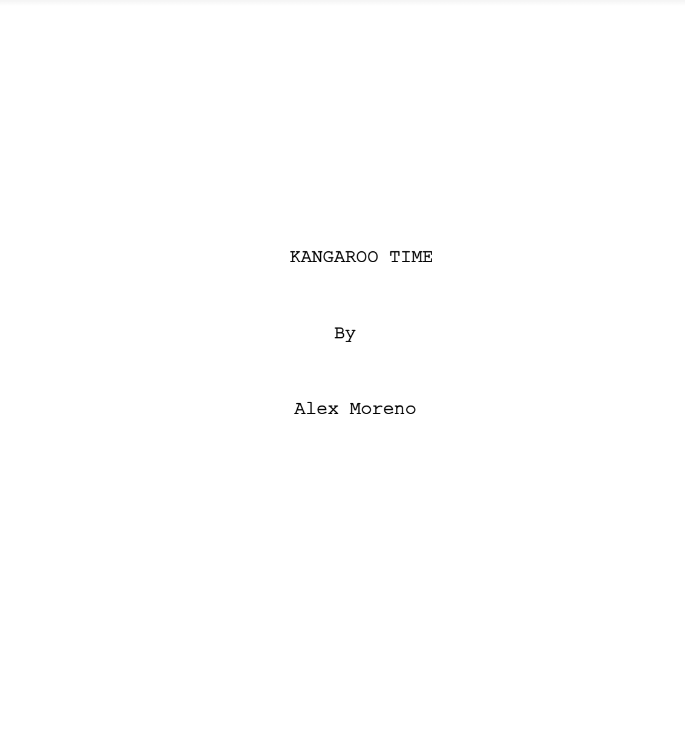 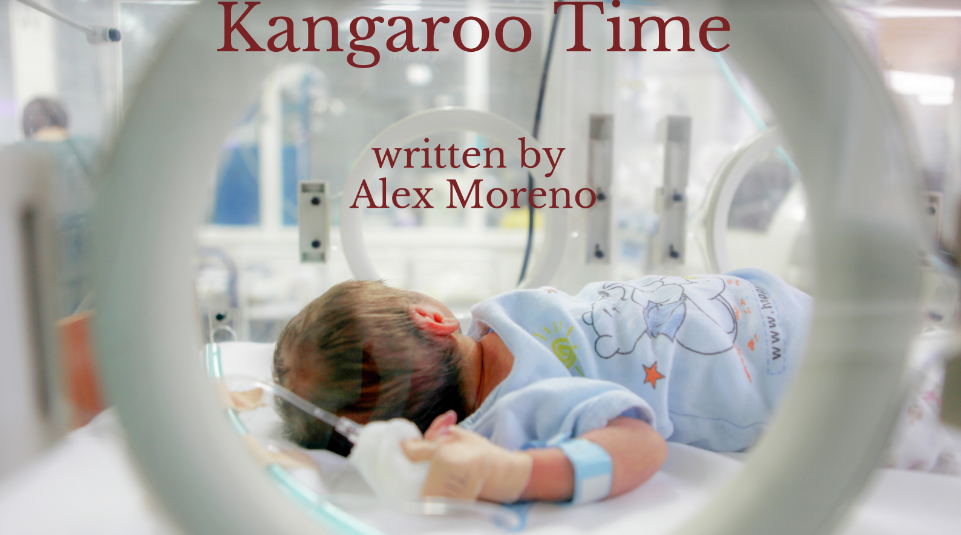 A bi-racial, hedonistic, med student may be forced to give up his dream of being a doctor when  his recent baby-mamma abandons their newborn.

Through the doors of SIGNATURE INJURY CLINIC (SIC) walks AL MARINO, an  immature but likeable med-student. He then meets with a few patients, including  PRINCE a terminally ill young lad. In contrast to his ability as a future doctor, Al and  his side – kick TONE enjoy conquering the “ladies of the world”, but this bites Al in the  ass when in walks the very angry, very pregnant, KARIDA MANNING, daughter of  JOSEPH MANNING the Dean of SIC. Frantic, enraged and confused, Al confesses to  Karida his reluctance to fatherhood. After all, how is a broke, lady chasing med  student, responsible enough to care for a child? Although a little distant from the  pregnancy, as fate would have it, Al is brought in to deliver his baby. Though he  wasn’t initially ready to be a dad, the moment he lays eyes on his daughter, his  paternal instincts kick in. The same can’t be said for Karida, who is anxious to detach  the umbilical cord and get on with her life. Back at the maternity ward, Karida slips  into depression. The one person to offer her support at the hospital is the charming  SHERRI KLOSE, staff psychologist. Given her feelings of loneliness and resentment  towards her child, it’s clear that Karida has postpartum. Alongside school pressure, Al  struggles to care for his baby. In a moment where her incubator is not working, Al  takes it upon himself to create a kangaroo pouch out of his shirt, and wraps her in it,  to regulate her breathing. It’s here when he names his daughter, Angelina, based on  the fact that “she looked like a perfect Angel” the first time he laid eyes on her. After  weeks of living in the hospital, and Al handling his new life- the first bombshell drops:  Karida disappears and leaves Al-literally-holding the baby.

Though this might be the most stressful time in his life, Al connects with his direct  supervisor, DR. ROYAL and his partner, MARCO PEREZ. Because he does not want  Al and Angelina to have to take the bus home so late at night, Marco offers to drive  them home from the Mannings. When they arrive at the Manning’s curbside, Manning  hands-off Angelina to Al, and in a moment of redemption, offers Al a blanket that she  enjoyed snuggling with. This intimate moment is ruined when Manning sees Marco  outside of his door. His homophobic tendencies come out to play, and he angrily  states that he does not want any gays near his household. His disdain for Marco  specifically started when he discovered that Marco is friends with his nephew, JEFF  MANNING. After an intense stare down, Manning storms back inside. This is bad

news. Unfortunately for Al, Manning is also his boss, which means this drama will  inevitably invade the workplace. Shortly after their bad encounter, Al is at the hospital  visiting with JUAN, one of Sherri’s patients on the second floor when two security  guards barge in the room, and roughly hand Al a summons, “Per the Dean.” Because  med students are technically not supposed to be unsupervised on the second floor, Al  is also accused of trespassing, and dismissed from his program. As he gets escorted  out, Manning stands outside the door with a smirk. On top of this, Al still has Angelina,  and must prepare for a custody hearing. The one person there to give him support is  Sherri. In an effort to give him more time to prepare, she offers to babysit Angelina.  When they arrive at her flat, they are greeted by Sherri’s flat mate and her adorable  niece, MADDISON. Angelina instantly takes to the young Maddison, and it is clear  that she is in good hands.

MID POINT: The following day Al, Dr. Royal, and Marco sit in an attorney’s office.  HIEN FOX, an ex of Al’s storms in like a badass, as she has decided to take on Al’s  case. As they examine the Marino vs. Manning file, they come across the results from  a paternity test: Al is not the father. Despite this, Al feels like he has a claim to be  Angelina’s legal guardian, given that he has raised her since birth. We’ll see how this  plays out in the eyes of the court. On the cab ride home, Al, Marco and Royal try to  process this life altering news. Al can’t help but notice that Marco seems the most  emotional of them all. When he offers his sympathy, Marco goes into a story of his  past. Prior to coming out of the closet, Marco lived in Cuba, and at 19 he had a young  daughter named MADELEANA. While he was in college, Marco met a guy who  encouraged him to come out of the closet. As a result, his father-in-law beat the shit  out of him. It took six years for Marco to reconnect with his daughter, but after her  mother passed away, Social Services contacted him, and he is doing his best to make  up for the lost time. Though tragic, this story empowers Al. Now more than ever he is  ready to fight.

ACT THREE: At the trial, Hien fights to prove that Al is the most fit to raise Angelina.  Due to her lack of evidence regarding why the Mannings are unfit, JUDGE RICE,  sees no reason why Angelina should not be with her biological relatives. On the  contrary, Manning’s attorney- HOWARD WEBB argues that Al has gotten kicked out  of med school and proposes a settlement that would compensate Al for the first 10  months of Angelina’s life. Despite this, Al will not budge. He wants one thing and one  thing only, and that is Angelina. Unfortunately, the judge sees it differently, and grants  the Mannings temporary custody. Al has 30 days to file an appeal and find evidence  against the Mannings. They may have lost the fight, but the battle is not over. In the  weeks to follow, Manning keeps his vindictive antics up, and kicks Al out of his  student flat. Disheartened by his current luck, Al drowns his sorrows in denial and  Tequila. In an effort to escape from his dilemma, Al decides to visit his dying patient,  Prince. He arrives in a drunken stupor, and notices an older man outside, holding a  soccer ball that he had given Prince. The man’s name is RICHY, Prince’s godfather,  whom he had requested Al to reach out to before his passing. Richy informs Al that  Prince had recently died, and he is so grateful that Al reconnected with them. Al and  Sherri meet in a cafe, and as a token of their friendship, Al gives her a stuffed  kangaroo to Sherri. She’s flattered. Moments later, Marco walks in with a surprise: his  young daughter Madealena, happens to be Maddison from Sherri’s flat. Though Al is  positively shocked by this fun surprise, this meeting is not purely social. Marco

explains that he was with Jeff Manning earlier, who provided him with an address that  Manning visits multiple times per week. Al follows the lead, and ends up at THE  HOLISTIC CENTER GARDENS, a rehabilitation center. Al discreetly sneaks himself  into the facility, and within moments, he sees Joseph Manning and Angelina visiting a  frail, sickly, Karida. Karida is still in the throes of postpartum and is unsure if she will  ever love her baby. At the end of what seems like an unproductive interaction, Karida  returns to her room. When the coast is clear, Al finds a way to sneak inside, and visits  Karida. Unfortunately, she is not nearly as happy about this surprise, as Al is anxious  about it. He promises he will only be one moment and is merely curious about who  Angelina’s real father is. She refuses to answer, and states that Al’s current suffering  is revenge for all of the women he has uncaringly slept with. She calls for security and  Al is escorted out. After this harsh interaction, Sherri and Al sit in silence. As she  comforts him, they subconsciously move in for a much-anticipated kiss. Though the  feelings are there, Al wants to respect Sherri, and insists that they merely fall asleep  together. They lie in bed naked and spooning. The next morning, they are back on the  battlefield, in the midst of the second hearing. Al is not yet present, but Hien fights  viciously for him. Al finally arrives and prepares for the final showdown. The Judge is  about to grant full custody to the Mannings, when Al storms in. Rice asks Al if he has  any evidence to support his case. Before he responds, Karida yells from off screen,  “he doesn’t, but I do.” Karida hands the judge an envelope, which is a second  paternity test taken by Al. Surprisingly, Al has the same paternity test to give to the  judge. Though it confirms he is not Angelina’s biological father, he argues that the  Mannings had prior knowledge of this, and the only reason they decided to use it as a  way to take Angelina, is because they discovered that Al was friends with Marco, “a  fabulous gay man.” The judge accepts this as evidence. Karida argues that Al is a  player, and unfit to be a father, but Al promises the judge that he has changed his  ways, and it is raising Angelina that helped him do so. As the courtroom ponders the  next move, Angelina spots Al, and manages to maneuver off of her seat. She crawls  towards him, mumbling, “dadda.” As he picks his daughter up, Karida sees how much  Al cares for her. He claims that he does not want to take the baby from her but wants  to help Karida raise her. Judge Rice asks Karida if she is asking for full custody, and  after a few moments of thinking, Karida informs the court that she has made her  decision. Flash forward to the interior of a beautiful church. A PRIEST holds Angelina  over a baptismal font. Everyone in the audience is dressed to the nines. This is the  conclusion of Angelina’s baptism, and Karida and Al watch in awe from the audience.  Al was reinstated as a med-student and has gained a residency at Cornell, and  because of this, Karida grants Al weekend custody- as Angelina’s godfather.

Al, the young cocksman, comes of age in Kangaroo Time. His character arc of bad boy  turned good is something that will appeal to many movie-goers, especially women over  the age of 25.