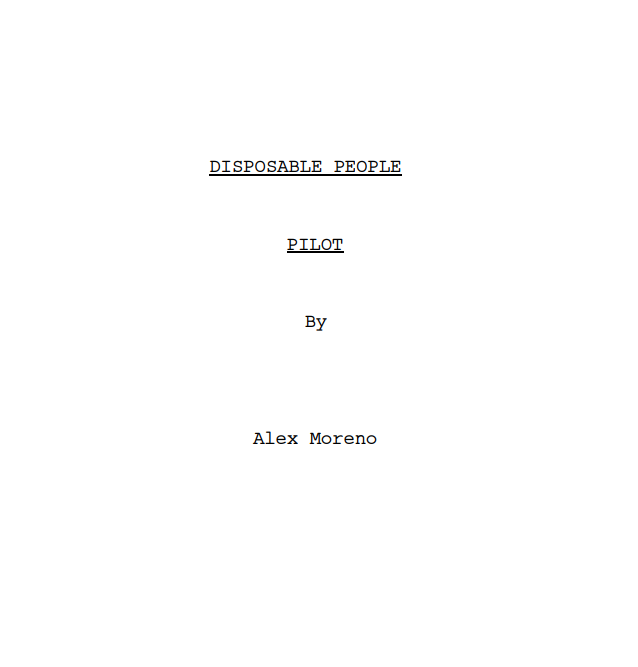 Synopsis:
THOMAS HAYLEY sits in a berth next to a pram in a train headed to Spencer, North Carolina. A woman passes by the pram and screams. The conductor arrives and removes an infant. She is cold, grey and very DEAD.

AVA HAYLEY, a prominent, New York socialite has been searching for her husband and infant daughter all day. She tears through the office, finds a letter from a doctor in Spencer, North Carolina. Ava receives an urgent telegram: her daughter is dead, and her husband has been arrested. She boards a train to Spencer in search of the mystic she blames for her daughter’s death.

Upon her arrival, she seeks out the mystic, but falls prey to a bunch of petty criminals led by the enigmatic DVORAK. Ava, thrust into a “fish-out of water situation, uses her wits and smarts to stay ahead of the evil and duplicity that threatens her. The surreal nature and Ava’s obsession with the death of her daughter is both primal and morbid.

The mystic, an ex-slave, CAIN WASHINGTON, possesses bizarre and inexplicable powers. Ultimately, it is Cain’s character that contributes the most to the pilot’s heavy atmosphere of suspense and intrigue. Although Cain’s fiancé, GRACE EAGAN, is skeptical about the working relationship Cain has with DOCTOR ANTHONY and the town’s elite, the PARKERS, she wants to support Cain in his “calling”. But that comes into question when Ava Hayley barges in one day claiming that Cain is responsible for the death of her daughter.

Disposable People’s supernatural atmosphere portrays foreboding and the ominous terror that comes from experiencing something that cannot be explained. The fatalistic core of Disposable People reminds us that revenge is not always the answer and “crossing over the line” is not the best choice.

Disposable People is a tale of misguided revenge, human deficiency, and individual flaws. Based on religion and abnormal psychology, people use twisted justifications to convince themselves to commit atrocious deeds. Think Changeling meets Penny Dreadful.